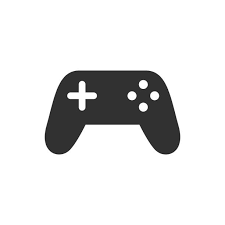 #5 Any Legend of Zelda Game

OXENFREE is your choice type of game where everything is based off your actions. You can make everyone, except yourself, forget another character. There are two story lines: the main one and the continuation of the main story line after you beat the game once. The game is made by night school studio. They are currently working on sequel to the game.

Super Smash Bro’s is a fighting style game. There are different characters from a variety of other games. Each character has their own fighting style. You can play with up to four people, but you can have up to 8 computers. The newer version of the Smash Bro’s game has a story mode with it where you need to save all the other fighters. There are also characters you can buy from the store to add to your game.

Mario Kart is a racing style game where you want to try and beat your opponent by getting to the finish line first. There are different levels which are called different speeds. There is 50cc, 100cc, 150cc, and in the newest version there is 200cc. The newest version also has a mirror which is 200c, but the course is flipped the other way, so there are a lot of different Mario charters, but a few non-Mario charters as well.

Minecraft is a free/building style game meaning that you can do anything you want in the game. You can build a city, school, house, etc. There are two game modes: survival and creative. In survival mode, there are tasks you must perform in order to stay alive, but in creative mode you can do whatever you desire without having to worry about keeping your player alive because nothing can harm it. The game can be played on many different types of consuls as well, making it easy to access.