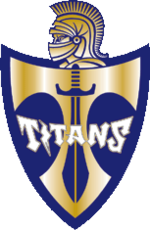 Titan teams are heading to states

It’s been a great season for our Titan fall sports teams as three programs make it to states, volleyball, football, and two cross country runners. All of the members of these teams have worked hard as a team and as individuals. They have overcome physical and mental challenges, as well as injuries to get to the state competitions.

The Titan Volleyball team has had a great season! The ladies have a winning streak that has lasted them the whole season. This accomplishment wasn’t achieved overnight, Shea Torrance (10) says “We’ve basically been practicing since last season ended, as well as doing about two practices a week over the summer.” The team had good motivation to do as well as they have done. “Well, we have a lot of seniors, so we really wanted to make a good season for them, and the team we are playing on Tuesday, Rustburg, we really want to beat them.” The team plays their semifinal game against Rustburg on Tuesday November 16th.

The Titan cross country team has had an interesting season as well. Though neither the boys or girls team made it to states as a whole, both Sadie Wagner,11 and Sophia Pineda 12 qualified as individuals to run at the states meet. The meet was held at Greenhill Park on November 13th where both girls placed in the top fifteen, with Sophia setting a new personal record. “This season seemed pretty unlikely to be a good one for me, I only started to take iron this past summer and a broke my elbow before the start. But I was determined to pr, I worked as hard as I could and it paid off. Along the way a lot of people helped me and my amazing teammates. Parents and coaches, and I’m so thankful.” Pineda said. To prepare for the state meet the girls did “A lot of running.” The senior said. Good job girls, the school couldn’t be prouder.