Hidden Valley Soccer is Back! 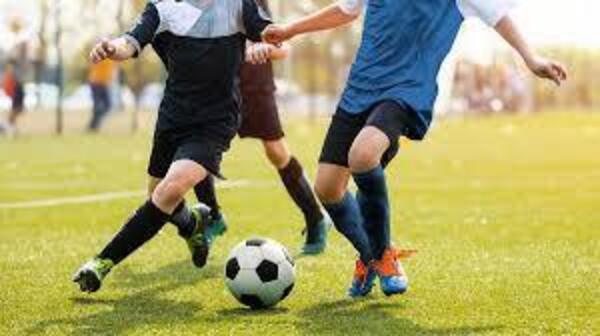 It’s been a long time since Hidden Valley Girls and Boys soccer teams got to touch the ball. Soccer started a few weeks ago for Hidden Valley and the teams are ready! As a result of COVID, sports have been pushed back and the soccer season started a little later than usual. The season will go until late June.

For the teams, last season lasted a little less than a month. No season games were played. For JV girls’ soccer there were two pre-season scrimmages, and everything shut down. Ritz Vasudeva (9th) a Varsity Goalie played JV last year. He said they had one game before the season was ended.

About the 2021 season Ritz said, “I’m super excited for the season and I think that we have a really good team with talented people.”. April 23 is the Boys Varsity first scrimmage for the 2021 season.

Franziska Borneff (9th) ,a girls Varsity player, said, “I am really excited. I have really enjoyed going to the open gyms and am excited for the season to start!” About last year’s season she said, “I was really sad that the season got cancelled last year, but I am glad they pushed through with it for this year!”.

I think all the players feel the same way. The mutual feeling is excitement and the chance to play this year! Good luck Hidden Valley Girls and Boys soccer!