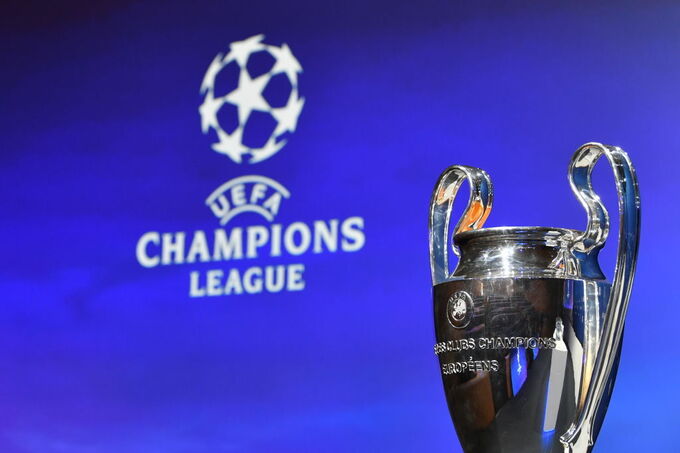 The champions league is an annual soccer competition between top-division European clubs, and the winners are chosen through a group and knockout format. Where 32 teams from 14 countries have already been drawn into eight groups of four and will play each other twice (home and away), with the top two from each group qualifying into the knockout round. The UFEA Champions League was founded around the 1955, about 65 years ago, by Gabriel Hanot and Jacques Ferran. There is a total of 79 teams but only 39 on the group tables.

This year even with the pandemic going on the clubs didn’t fail to give us some incredible performances and heart stopping tensions. There were a lot of amazing games this year, but some stood out more than others.

Liverpool 4-3 Salzburg, Liverpool made a great comeback against RB Salzburg. The game was full of tension and excitement for both teams. Where Jesse Marsch, Salzburg, gave a half time speech and a switch in tactics that brought Salzburg to an almost memorable point. But Mo Salah’s, Liverpool, second goal brought that moment down.

Chelsea 4-4 Ajax, another great comeback was the Chelsea and Ajax game. Only five minutes into the game and the score was 1-1, and the goals continued to flow. Ajax racing 4-1 and still ahead with 4-2 when they lost Daley Blind and Joël Veltman to red cards. That gave Chelsea a great chance for a comeback.

Dinamo Zagreb 3-3 Shakhtar Donetsk, more ties. The game was ending, and the score was still 1-1. Adding time to the game to break the tie Dinamo scored to goals. Also, Junior Moraes gave hope to Shakhtar. It wasn’t till Tetê, teenage substitute, came in scoring off a foul on Shakhatar’s keeper. Making the goal on the 98th minute of the game with two red cards.

Valencia 3-4 Atalanta, despites Atalanta rocky start by losing the first three games and barley qualifying, they were far from done yet. The game went on with the back-and-forth classic, with the visitor’s team leading 1-1, 2-1, and then losing 3-2. Then before you know it Josip Iličić scored making it the first four-goal haul in a Champions League knockout away game.

Liverpool 2-3 (aet) Atlético de Madrid, it was one of the only games to require extra time and a match dripping with tension. Liverpool defense looked to be in a good shape with Firmino firing the Reds up with a score of 2-1 in the tie after 94 minutes. But two goals from substitute Marcos Llorente and a late blow from Álvaro Morata sent the champions tumbling out of Europe.

Barcelona 2-8 Bayern München. Unlike most of these matches, there was nothing close about this one – but it will surely be talked about for years. “The win of the century” according to German newspaper Bild, this was a blistering display of attacking force from a Bayern side in full stride and a brutal wake-up call for Barcelona, who swiftly parted ways with coach Quique Setién. Two late goals from Philippe Coutinho, on loan from Barça, rubbed extra salt in the wound. Making it one of the most intense games during the season.

2019-2020 Champions League had us crying, laughing, and hoping. Because soccer isn’t just about kicking a ball around, its more. The game isn’t just about trophies and winning, it’s a life lesson. The games this year had showed us that there is always hope even at the last minute. That even if they’re on the opposite team we show respect and that respect is earned.