Aquatic Animal Abuse– Are You a Culprit? 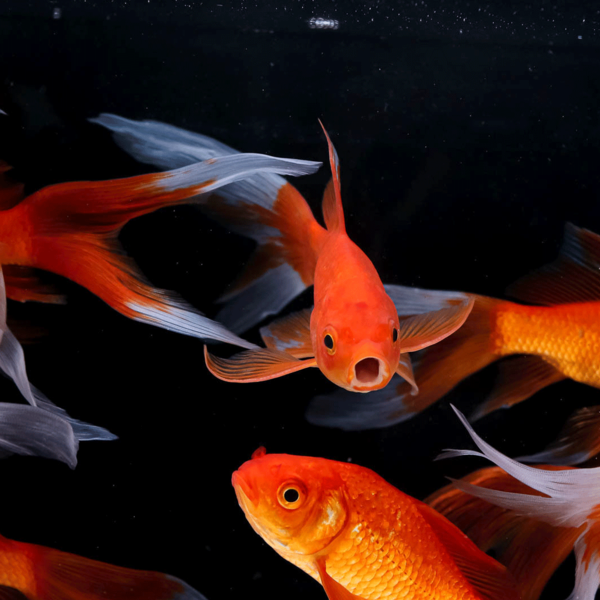 Do you unknowingly promote animal abuse? Few people in the United States understand the needs of pet fish, and over 130,000,000 fish are owned—and potentially abused—by households in the U.S. The most frequently neglected fish species are Betta fish and the Comet Goldfish, commonly bred as a feeder fish. Today we’ll focus mainly on goldfish, since getting into both species would take days to discuss.

What are goldfish? The most common goldfish, the kind that you win at fairs or church events or even birthday parties, are of a species called Comet Goldfish. They are normally raised as a feeder fish, meaning that they’re bred to be fed to bigger fish. Because of this, comet goldfish are kept in poor conditions in stores (because why spend extra money keeping fish healthy when you’re just going to feed them to other fish?) And because they’re kept in poor conditions and are very common, comet goldfish are dirt cheap. The low price is enticing to fair game owners, because a real live goldfish is an exciting and cheap prize to convince young kids to play their game.

Many people say, “My goldfish lived for 2 whole years!” and assume this is good, because the general population is taught that goldfish don’t live long. Let me put this into perspective for you: goldfish can, and should, live for 5-14 years. The oldest goldfish lived for 43 years. Does 2 “whole” years seem like your goldfish had a good life? I didn’t think so. That poor little guy basically died in infancy.

Goldfish are also often kept in a bowl or vase without a heater or filter. To compare this to humans, let’s say this: you get a single bedroom, with no air conditioning, no heater, and no air circulation at all! And when their water is changed, they’re often given new water that is much colder or hotter (it’s like the polar ice challenge for us) and that water is even left untreated by most people. Without dechlorinating tap water, these fish are exposed to dangerous toxins! Good for them!

One of the main problems here is misinformation surrounding this species. For example, you only have to keep a betta or goldfish in a bowl, right? Wrong! Comet goldfish can grow to be 12 inches; that means that at their full size, they require a tank of at least 75 gallons for a single fish. Being kept in a small tank for any fish can cause boredom, depression, and physical sickness. Keeping a fish in a tiny container will also painfully restrict its growth, similar to Chinese foot binding. Comet goldfish are not meant to be kept inside in the first place, as they are pond fish meant to reach a very large size.

Let’s be honest here: a major part of the problem is negligence by parents, who allow their children to purchase fish without doing any research into their needs. Every species has very specific needs and personalities, and if you’re interested in fishkeeping, it’s crucial that you don’t cut corners. I myself own a 36-gallon planted freshwater aquarium, and let me tell you: it’s a lot of work! These fish have so many unique needs and requirements, but they also offer interesting company, as each fish and their school has their own personality. If you want to commit to caring for aquatic life, then it is absolutely crucial to research every aspect of their care before you purchase a fish.

Here are the needs of my new shrimp tank setup, just so you have an idea of the materials needed for an aquarium. This tank cost around $250 altogether for the shrimp’s basic needs (and shrimp need less than fish, so fish would be even more expensive and more work!)

*one bunch equates to ~6-15 stems, **background/midground classifications refer to height of plant, ***one golf ball of moss equals roughly 22g

It is highly recommended to go to a local fish shop, like Alien Aquatics in Roanoke, so that any advice you get is accurate and the fish you buy are healthy. Please do not trust any chain pet stores regarding fish care, as the care cards are often wrong and the people working there are almost always inexperienced. Below are some trusted sources for care sheets.