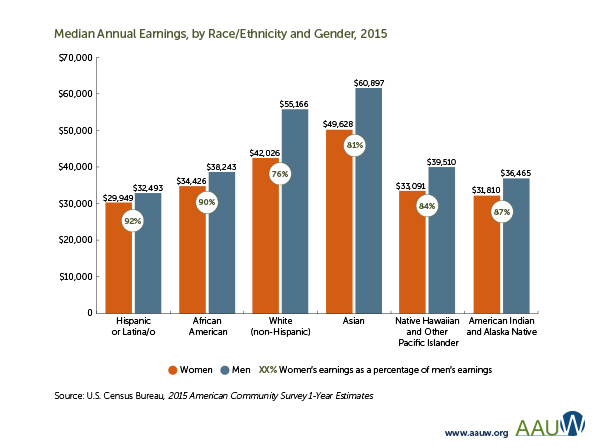 In all careers, the average female makes less than that of a male colleague. Women have been trying to fight the wage gap for years, but nothing has ever changed. Some women, depending on ethnicity, make only seventy percent of a male co-worker’s dollar. The more we ignore this issue, the worse it will get. We need to stand up and fight for what we deserve.

No matter what job you have, there is still a wage gap. You can be the best female doctor in your company and you would still be making less that your male colleagues. In 2013, studies showed that the weekly salary for women was 706 dollars while the male’s weekly salary was 154 dollars more ($860).

“The thing I find interesting about the wage gap is it is sort of misconstrued,” said Katie Parks (12). No one really realizes that there is more to the wage gap than what is on the internet. “What people don’t realize is that different ethnicity’s earn less than seventy cents,” said Katie Parks (12). White female workers have the most privilege in the working world. People need to remember that women and men spent around the same money for college to be able to do what they do. They all had the same lessons to be able to do what they love, but women still don’t have the equality that they deserve.

2019 studies on the wage gap have showed that female workers make seventy percent of their male co-worker’s dollar, and depending on your race or ethnicity, you could be making less than that. Working men and women need the same treatment and pay. We’re all human and we all get the skills to be doing what we love.